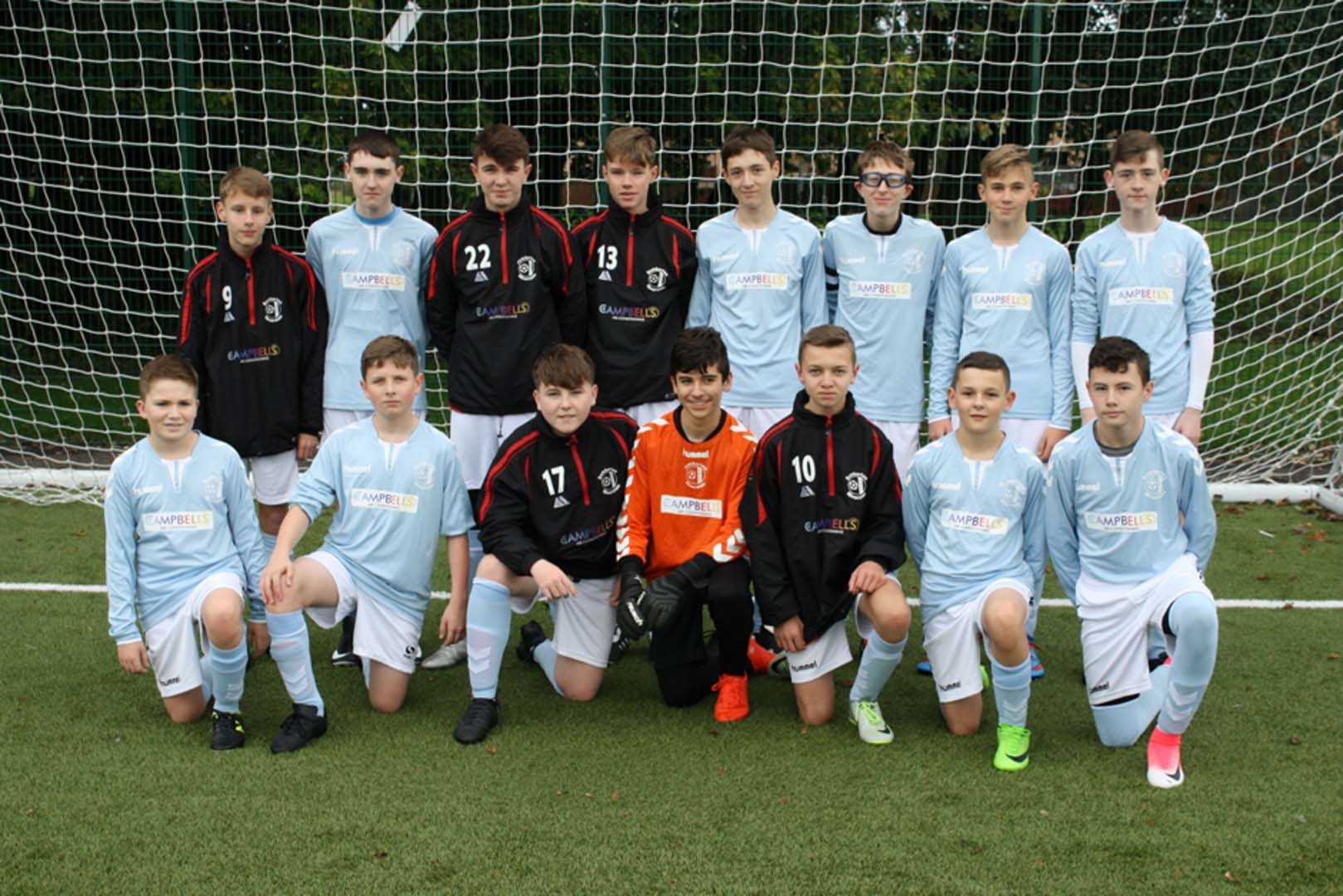 Posted at 22:28h in News by Campbell 0 Comments
0 Likes
Share

Campbell’s Air Conditioning is delighted to once again be sponsoring a local football team. Campbell was contacted by a member of the team’s training squad who asked about the possibility of a sponsorship for the team. This is not the first time Campbell’s has sponsored a local football team, as they enjoying doing their bit for their local community.

The next step was liaising with the supplier of the teams strip to arrange for our very intricate logo to be added to the team top, plus training tops and sports bags.

This process took several weeks as the “Campbell’s Air Conditioning” logo is a very challenging due to all the colours required, but they were very pleased with the final designs.

Campbell’s would like, where work permitting that they can get to watch a few of the games and cheer the team on. Although with winter definitely approaching, hopefully it will be next spring /summer before that happens. As unfortunately there is no Air Conditioned heated pitches for the boys to practise on………now there’s an idea for the future…..

The Dumbarton Riverside Coach has been in touch to advise a piece on the boys wearing their new strip will be in the local paper shortly. Providing some positive exposure for the company. 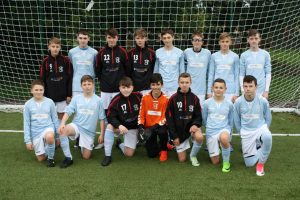 The boys all look really smart in their strip and hopefully it will have a positive impact on how they play. In recognition of Campbell’s investment into the club, the director, Campbell and his wife Jacqui, also a director with Campbell’s Air Conditioning and their two children, were invited to attend the end of season awards ceremony for the Riverside club. The evening was a great success with some of the boys receiving various footballing awards. There were also raffle prizes and the obligatory win the bottle of whiskey by rolling a £1 coin towards it. The closest coin wins the bottle. There was plenty of testosterone in the air, and by the end the amount thrown at the bottle far exceeded the actual cost of the whiskey. However with much delight from Campbell, he succeeded in throwing the nearest coin and he was the triumphant victor. Personally we thought they let him win, as he had generously provided the sponsorship. All joking aside it was a lovely evening and Campbell was awarded with a framed club top with the Campbell’s logo on it in. Campbell was delighted if not slightly embarrassed by this as he had to stand in front of the packed room to receive this and make a small speech. All in all it was a great night, and Campbell’s hopes to build a solid relationship with the club and its young players in the coming years. 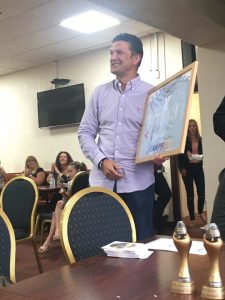